Before The Walk, Grab a Breakfast Treat or Two at Monarch Donuts 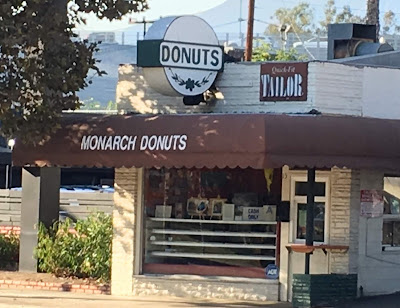 Donuts, the breakfast of champions! This year we're excited to visit Monarch Donuts (15 W. Huntington Dr., Arcadia), located conveniently across the street from the start of the Great Los Angeles Walk, for coffee and a donut before embarking on our journey.

Monarch is considered to have one of the best, if not *the* best, apple fritters in the city. Owner Jonathan Ung often runs out of his treats in the morning, but he knows we're coming, and will have more donuts and coffee on hand for us before the start of the Walk. Arrive early, however, as I'm sure there will be a line of your fellow Walk-ers wanting the same thing. 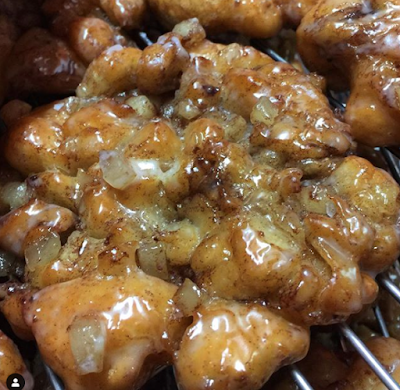 Per KCET, which wrote about Monarch Donuts and Ung in 2016:


“One of the hardest doughnuts to make is the apple fritter,” explains Ung. He began to put his focus on mastering the technique, and within months he’d achieved the texture that food writer Jenn Harris of the Los Angeles Times described as a “glossy landscape of hardened icing over hills of sweet dough” when she declared that Ung’s fritter was most likely the best in the city.

The article, published last year, was very unexpected, but it provided Ung with validation that he was onto something. “The article was so beautifully written that it made me want to eat my own apple fritters,” he says. It also brought on a swell of business.

As a result of the piece, customers from Irvine to Santa Barbara descended on the shop en masse for a taste of the now famous fritter. “The article was special but the most special part was meeting all the beautiful people that came by because of the article,” says Ung. 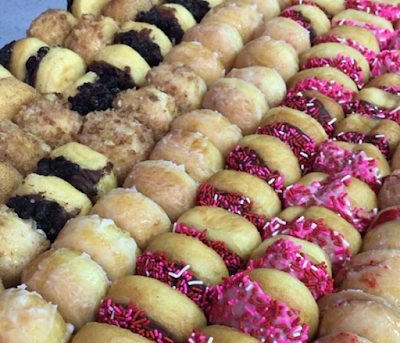 Posted by Michael Schneider at 3:00 PM