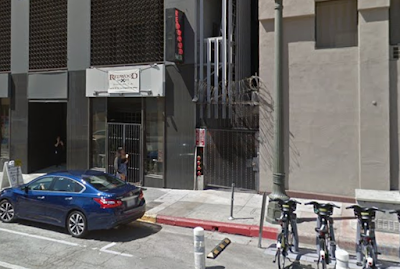 After meeting at the end of the walk and taking some pictures in front of City Hall, we'll be heading to The Redwood Bar & Grill (316 W. 2nd St. in downtown) to celebrate! (I wish I had the money to pay for all of us, but alas, you're on your own with covering your food/drink.) They've set aside a place in the restaurant for Great LA Walkers to relax, order some food and beverage, and recap the day! The Redwood boasts a pirate/nautical theme and is open to all ages to eat. They're expecting our group there between 5 and 8 p.m. on Nov. 23 and will have a space for us. 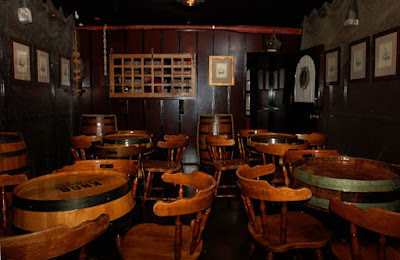 Here's how the Redwood describes itself:


If the legendary explorer Amerigo Vespucci opened a bar on one his early trips to America it would have been just like the Redwood. Warm, intimate and inviting, the Redwood welcomes you into the galley with an Ahoy! Sit at one of the Captain's tables and sample the culinary delights from around the world, or pull up a stool and listen to the finest musicalacts the City of Angels has to offer. The Redwood is here for you. And even more detail from Yelp, which notes that the Redwood was first established in 1942:


Located near the L.A. Times building, the Redwood has hosted lawyers, bail bondsmen, politicians like Bobby Kennedy and Richard Nixon, and, not surprisingly, hundreds of journalists. So many L.A. Times reporters frequented the bar that, for several years, the Times paid for a direct phone line to the Redwood. And that bright red phone still hangs on the wall by the door at the Redwood. "It was installed by the L.A. Times so they could call across to here to get a hold of a reporter or photographer — because they were in here so often. Up until a couple of years ago, it was still live," Bartlett says, "It even has an extension number on it. 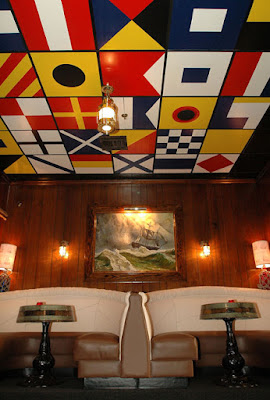 You've also seen the Redwood in several films, such as "Bridesmaids" and "(500) Days of Summer." 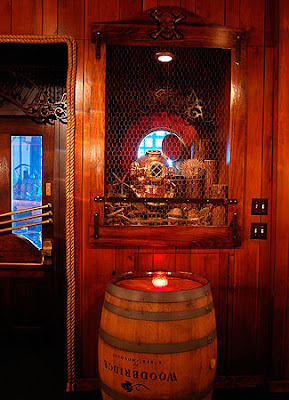 Posted by Michael Schneider at 10:56 AM